By Amy Joyce
Telling the story of a negative experience helps one cope with it better, researchers say. (iStock)

There are many days — okay I’ll admit it, all my days — when I get the urge to pick up the phone and tell my mom one quick thing. Or rant a little, or ask her advice. I’ll be blunt: I can’t actually do that because she passed away a few years ago. But the fact that I still feel my hand automatically reach toward the phone makes me think a lot about what it is with moms. Why do so many of us feel the need to tell them so much or ask them so much? Even when they are gone, or we don’t actually heed their advice?
As one researcher discovered, and many of us can attest to, moms simply make things better.
Haley Horstman, a professor at the University of Missouri, explains that there is a lot of research showing that when we experience something difficult, we often “storify” that experience. We create a plot, a setting, scene, and characters. Telling a story helps us cope with the negative experience. A “narrative scholar,” Horstman became interested how this storytelling between mothers and daughters impacts a person’s well-being. So Horstman invited more than 60 young-adult daughters to come into a lab and tell a story about something difficult that happened to them. The daughters wrote their stories and then answered questions about how they felt. Two days later, they brought their moms to the lab and had a conversation for about 15 minutes about that same story. Two days after that, the daughters repeated the first step, writing the story down again and answering the same questions about their well-being. The researchers then compared the first and last stories, noting the tone and other aspects, as well as the answers to the questions. The stories were overwhelmingly more positive after the women talked with their moms, even if their mothers didn’t have solutions to their problems or offer advice. One thing that impacted how the daughters felt, in the end, was if they had some back-and-forth with their moms. “We found when the mother and daughter take a lot of turns, have the same amount of time talking, those daughters had more positive stories by the end,” Horstman said.  “Generally, my findings show that if you can build a relationship with your kid where there’s a little more give and take, that will help the child in the long run.”
Of course, it’s not all butterflies and unicorns when it comes to communicating with mothers. We all have had our fair share of tough moments when talking to mom. (Some more than others.)
Carla L. Fisher, an assistant professor at George Mason University, studies communication between family members and how that’s essential to health, with specific attention to mothers and daughters who are dealing with breast cancer. “There’s something about mothers and daughters. We try to be there for one another, but as close as we might be, it can be fireworks,” she said, surprising no daughter anywhere. “It’s just such a profound relationship. And it’s complicated.”
Take, for instance, communicating about something like breast cancer. Mothers may be of a generation where health issues remained relatively private, whereas their daughters (Gen Xers, millennials) are used to sharing everything. Part of that openness is great and has pushed changes in health care reform, Fisher notes. But “there’s a healthy balance of recognizing that, for younger women, they might want to talk about it and talk about prevention, but older mothers might not want to.” That alone makes it difficult for both mother and daughter to get what they need out of those conversations, or lack of conversations. But even with that friction, why do mothers have such a strong hold? Why do we need them so much? They are our first inherent connection. For many, that’s physical. For others, it’s not, but there’s still an internal tie like none other, Fisher explains. “Mothers help us know who we are … she’s just the ultimate teacher, ultimate guide.”

Ultimate is right. Communication with a mother is the foundation of everything, says Michelle Miller-Day, a professor of communication studies at Chapman University, who studies mother-daughter relationships. “It’s the way we create bonds, sustain bonds,” she says. So how do we make sure, as parents and as adult children, that we create a place of good communication? It has to be reciprocal, Miller-Day says. “As parents, we say we need to be in charge. … ‘I am monitoring you because I love you,’ ” she said. But it shouldn’t be about control. Parents need to work on having their children be willing to share. Ask questions, Miller-Day suggests. Watch a show together and talk about the situation and listen to your child’s opinion. Instead of lecturing about what not to do, it’s important to weave conversations into everyday life, she says. “Ask for their points of view. Respecting their points of view doesn’t mean you have to go along with it. It’s about respect more than anything else.”

Which is just what Horstman’s study discovered. The more a mother listened to her daughter, even if she didn’t agree, the more that negative narrative turned a little positive. “Oftentimes, we don’t think of these daily conversations as all that important, but that conversation has the power to help us understand our life experiences,” Horstman said.
There you have it. Your mom makes everything better, so go give her a call. Science says to do it. 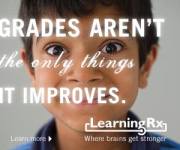